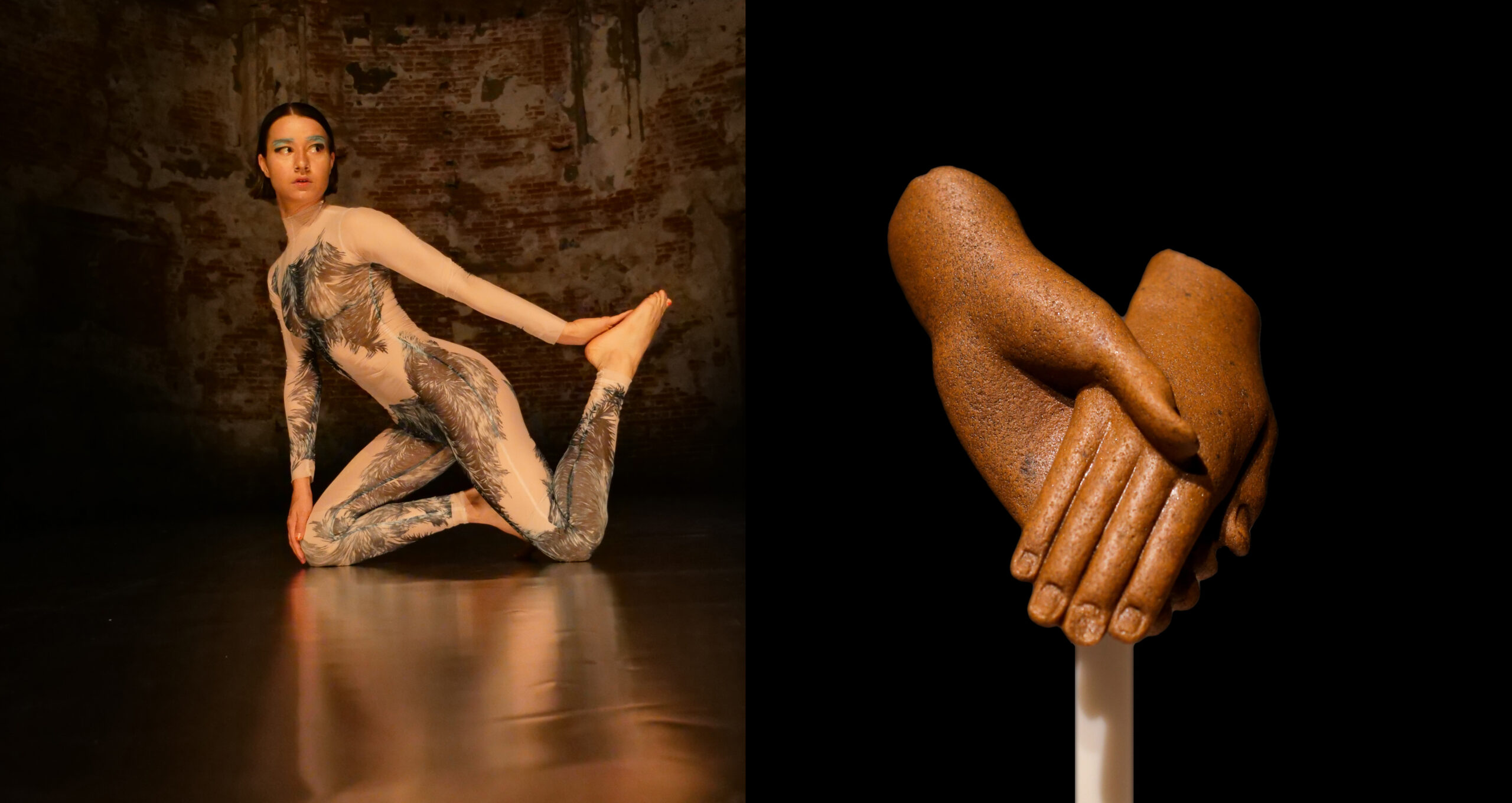 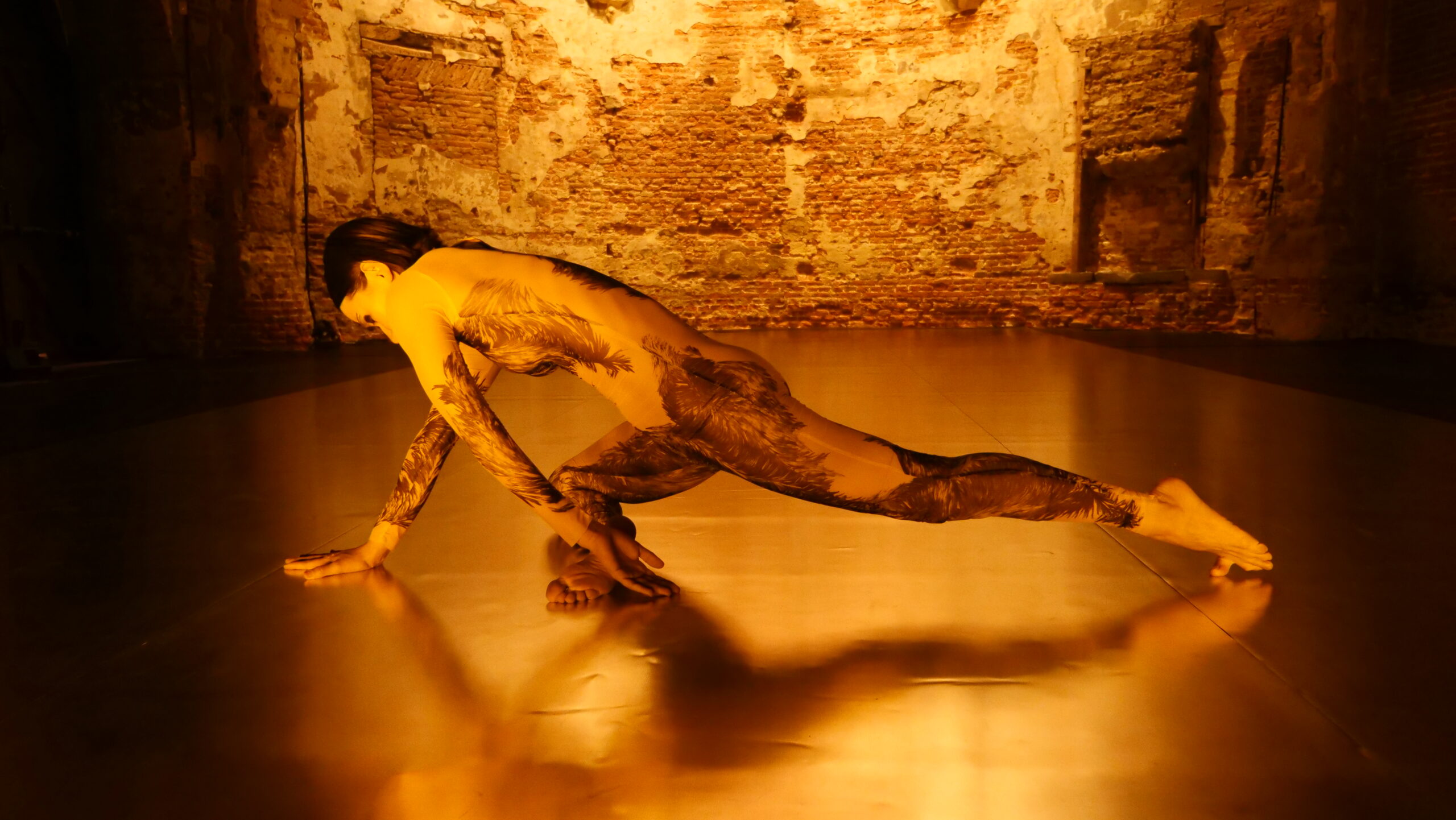 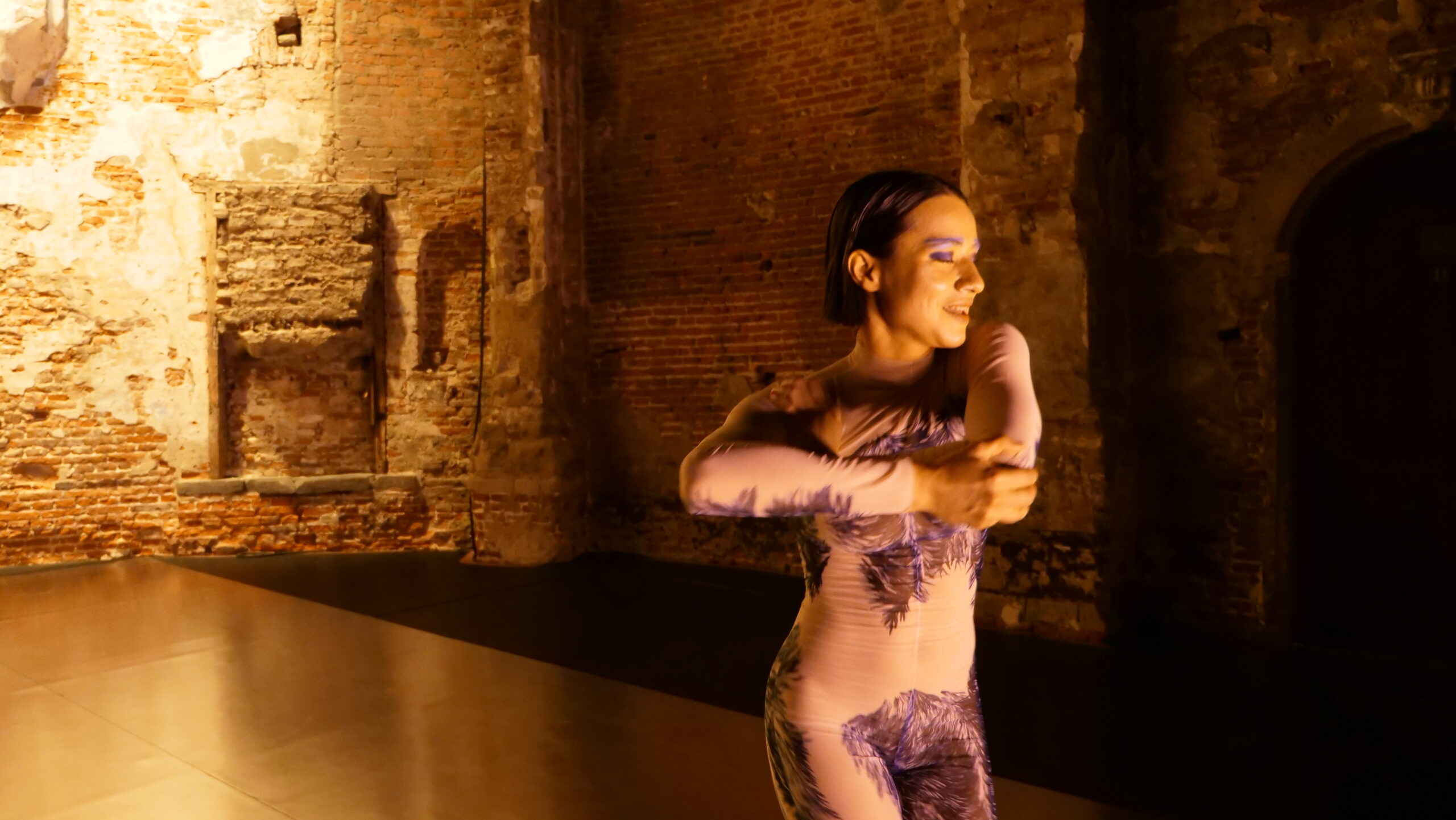 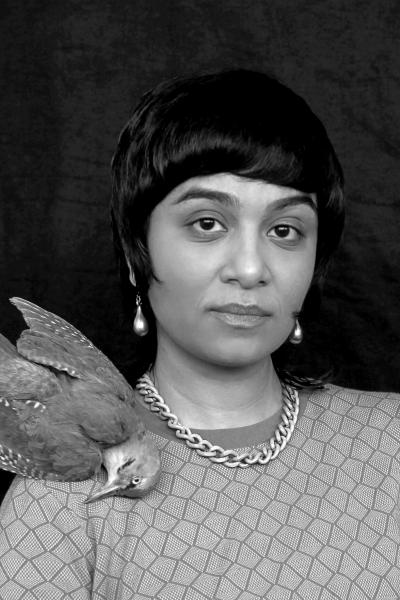 EFFEMINATE PHARAOH – MONIRA AL QADIRI (Berlin) – Premiere
“Your hand is in my hand, my body trembles with joy, my heart is exalted, because we walk together.”
(Ancient Egyptian love poem, New Kingdom 16-11 century BC)

Two pairs of hands are clasped together for 3500 years. It is said they are of a heretic king and his wife, who were deeply enamoured by one another. After their downfall, most of their effigies, artifacts and relics were destroyed or erased from history, but through some magic incantation, these hands remained intact. Like a totem of burning passion, they stand as a testament to our need to touch. A towering symbol of our yearning for intimacy. Time and time again, disease, war and erasure ravage our shared sense of being in the world. But, like a bearded female pharaoh and her architect lover, our desire burrows tunnels deep into the ground so that our tombs can cross paths, and our ghosts can meet again in the afterlife.

Monira Al QadiriÉPISODE – MALIKA DJARDI (Lyon)
Épisode is designed in a short series format, extending the choreographer’s research into the genre of science fiction and multiple human languages. In a world obsessed with technology, the question of emotion is central. Malika Djardi develops a universe steeped in science fiction, in which dance is the ultimate human language. Based on the concept of anomie, she unfolds a scenario in the form of a dialogue with an artificial intelligence as it seeks to understand the mechanisms that give rise to subjective human sensations. This premise questions the need for language as a tool of domination and emancipation.

Malika Djardi trained in contemporary dance at UQAM in Montreal and at the National Center of Contemporary Dance in Angers from 2009 to 2011. For the Biennale of Charleroi Danse (BE) in 2017, she imagined the conference piece 3 addressing the science fiction genre and the question of emotions in a disillusioned fertility ritual. Episode, conceived as a short series format, extends this reflection.